Let's face it.  Utility rates are usually confusing and always onerous--especially if you're being subjected to time-of-use billing.  For instance below is Southern California Edison's TOU-D-Prime rate, which lucky Californians can opt into for only $.40/day (yes, this is a discounted plan!)  So, what's the strategy with Airspool and Kasa?

1.  Set up an Airspool solar-powered hybrid heat pump with southwest-facing panels if possible.  Your solar bell curve (where Airpsool is run mostly using grid power at the start and end of the day, and mostly or entirely off of solar in the middle of the day) will be shifted a bit toward late afternoon by having the panels here.

2.  Run the unit hard (for both cooling or heating, since winter rates are similar to these summer rates) heading into 4pm such that you blow past your setpoint by a few degrees.

3.  Get a Kasa outdoor plug (shown below, currently available on Amazon for under $20) and schedule it such that the unit's grid power is off for either the full red on-peak time, or schedule it to stay off for part of this period so as to limit or eliminate the alternating current.  The plug can be scheduled similarly to Airspool such that it can turn on and turn off for any period you desire.  For example, if you are not able to tough it out without the air conditioning for this whole period, schedule it to come on/off in 15-minute increments, such as 5:15 - 5:30, 5:45 - 6:00, etc.

Airspool will still run off of solar at partial as long as there are any remnants of sun  (likely in the summer for a good chunk of this red band; not likely in the winter for the same chunk of red band).  And, additionally, Airpsool's AC Limiter mode can be run to limit AC power to 300 watts for any of this red band or for any/all other periods to still run the compressor, but at a slower speed.  It's a compromise, but it's a way to deal with this daily dreaded red band when you're under the thumb of your local utility. 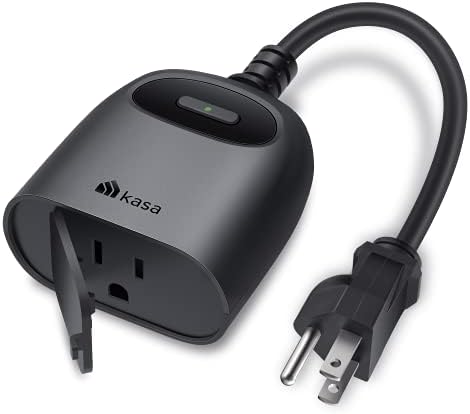